Everyone is long overdue for a van update, so here we go!

Last time we talked, I was in the tear-down phase, removing the old floor and interior construction from the previous owner. It’s safe to say that I’m past that phase and fully into construction at this point. I was able to successfully remove the old floor, grind off the old adhesive holding it down, and remove the metal wall separating the cabin from the cargo area. In addition to the adhesive, the floor was also bolted down, so I ended up doing a lot of manual work cutting old those old rusted bolts out.

I’ve been sitting on some exciting news for a little while, and I finally got around to writing this up to share with everyone. About a month ago, I bought a 2010 Sprinter van to convert into an RV! 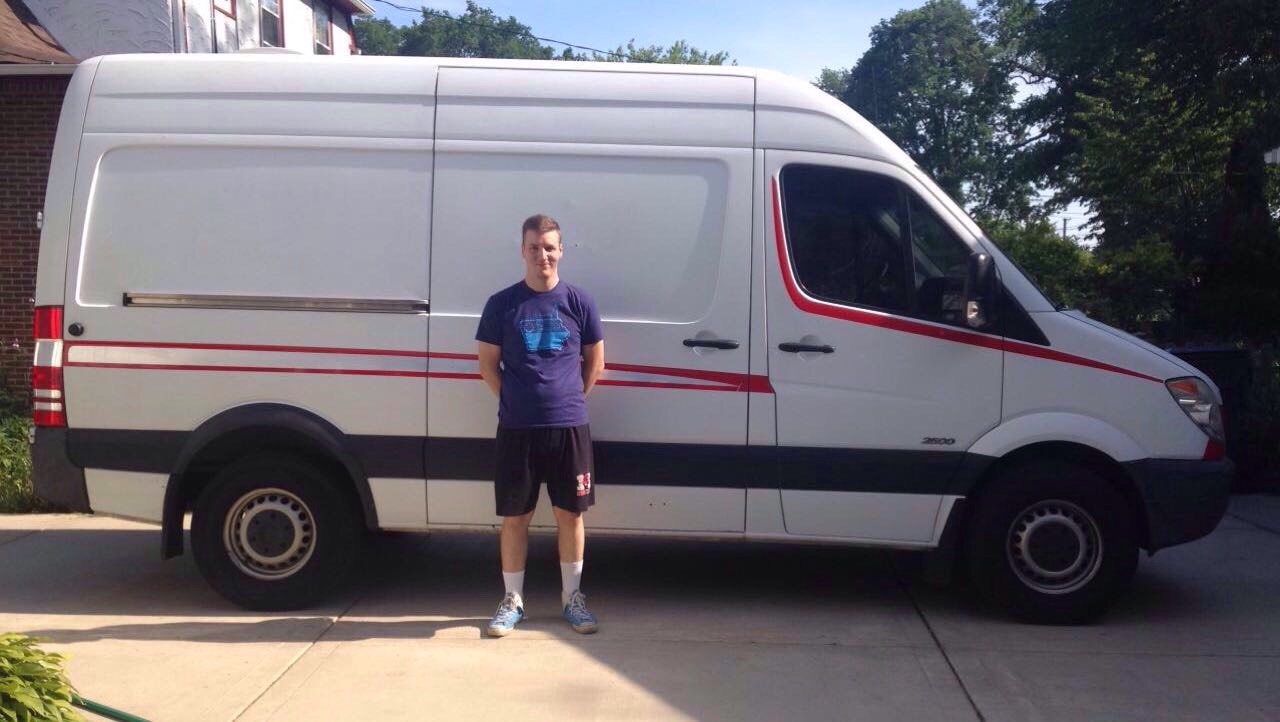 This project has been stewing in my brain for a long time, and it was high time to take some action. Apologies to anyone who has listened to me wax poetic about how awesome traveling around in a van would be. Now you get to endure listening to me talk about the gory details instead.

Today’s post is a (relatively) quick one to do some visualization on my financial data. Specifically, I was interested in whether some concious changes I had made in my dietary habits have materialized into measurable savings.

To date, I haven’t really focused too much on reducing my food spending. I keep a budget for it, but pretty regularly exceed it. However, in February I took a close look at how much I was actually spending and tried to take some steps to reduce my spending. The main areas that I looked to cut were eating take-out and getting breakfast & lunch at work every day. I’ve been making some concious efforts in those areas over the past ~4 weeks or so, including cooking large batch meals to bring for lunches at work.

In the post I’m going to run through the analysis I did to determine whether my changes had a financial impact.